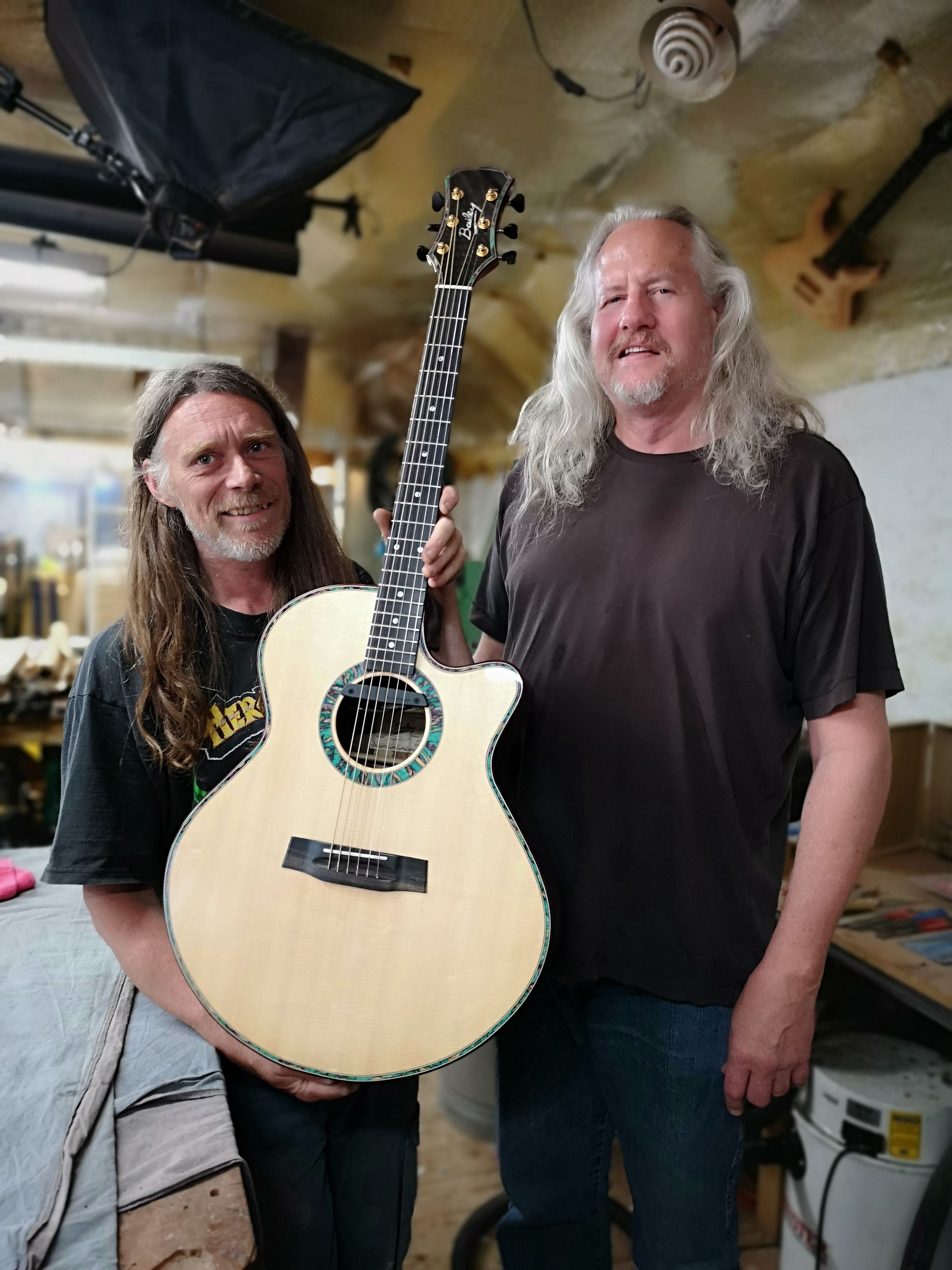 The new Bailey Guitars Preston Reed Signature Jumbo is here! A masterpiece of beauty, style, sound and craftsmanship. I will be bringing it with me on my upcoming U.S. tour. Come and hear it!

Built to the same design and dimensions as my previous Bailey baritone, the new instrument features Mexican cocobolo back and sides and a North American sitka spruce top for a more powerful bottom end and punchier mid-range.

The sonic impact is immense,  but equally immense is the new guitar's visual impact from a combination of enhanced trim detail and the use of a unique, unprecedented inlay material: petrified Scottish heather.

It's an absolute stunner; as awesome to play as it is to look at. 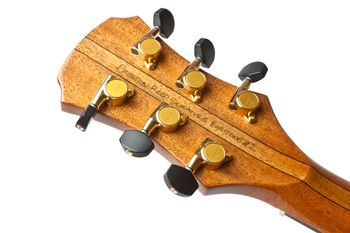 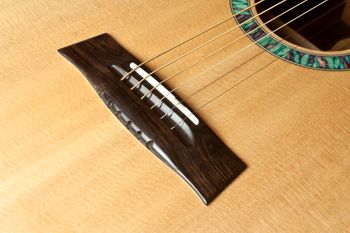 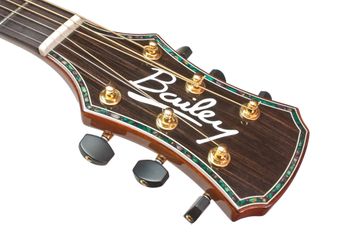 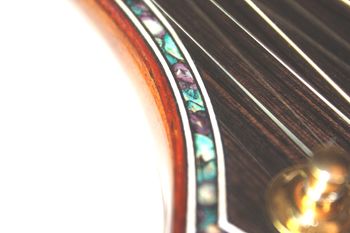 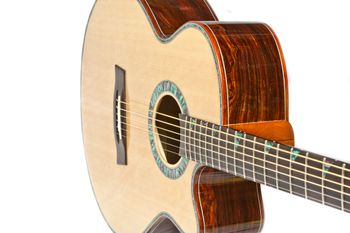 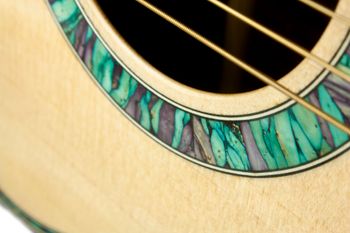 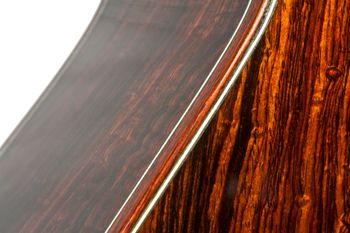 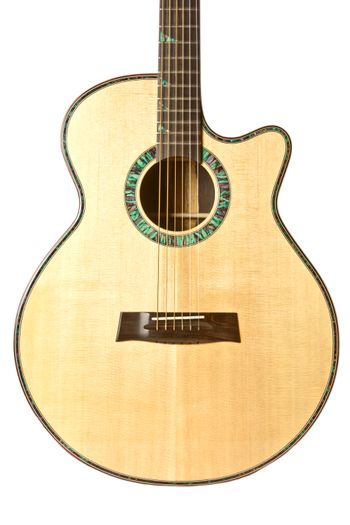 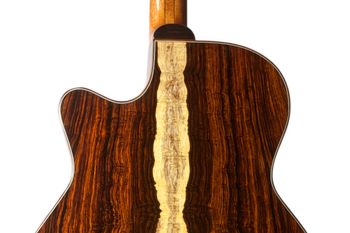 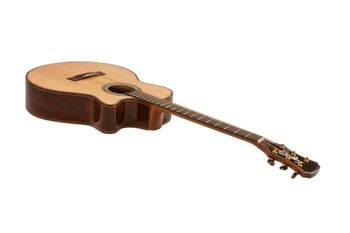 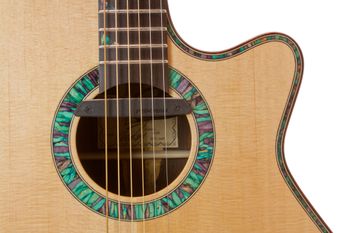 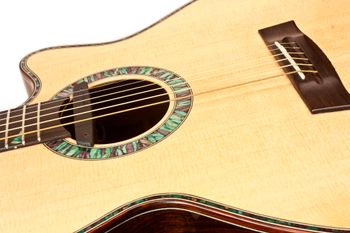 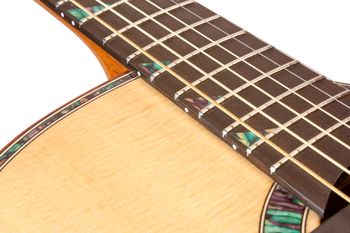 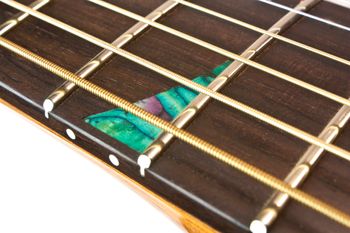 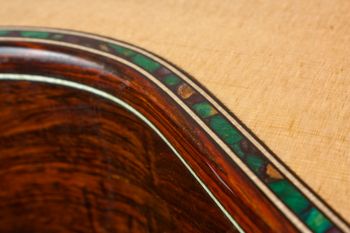 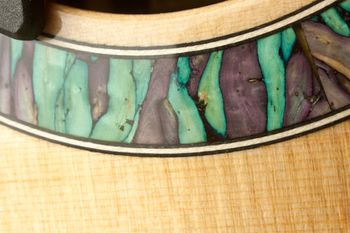 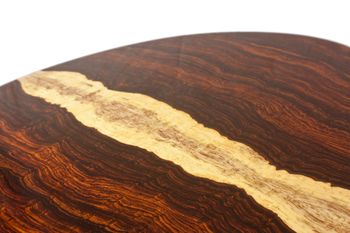 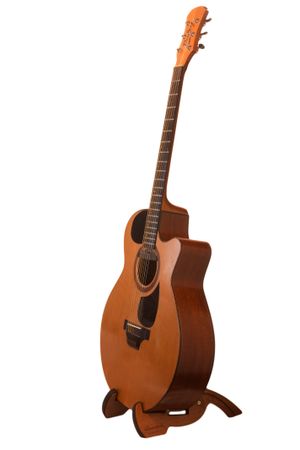 My two main acoustic guitars -- a baritone and a jumbo -- were made by Mark Bailey, whose workshop is located twelve miles from where I live on the south west coast of Scotland. They are special custom instruments built to my specifications, but filled with the magic of Mark's own artisan luthier craftsmanship. Each is the prototype for the Preston Reed Signature Series. 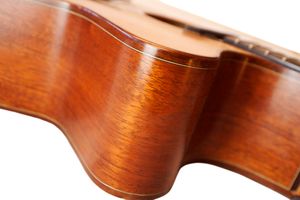 Mark is demanding and particular when it comesto building a guitar. He personally crafted every square inch of each instrument by hand, devoting many hours to getting the details of tone, feel and playability -- as well as visual beauty -- just right.

I consulted with him on the design details of each instrument -- dimensions, wood choice, neck feel, weight balance between neck and body, rosette design, inlay features, type of varnish and many other considerations. I also visited him in the workshop multiple times during the building process. The exacting standards of workmanship and passion for excellence were evident in the finished product. 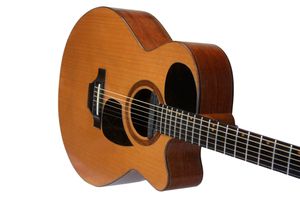 Since 2011 I have toured extensively with both instruments. My album In Here Out There was recorded on them. Simply put, they are awesome guitars. They sound equally beautiful at home unplugged, in the recording studio, and onstage through a sound system.


My second Bailey Preston Reed Signature Baritone -- using the same design template but with different wood choices and other refinements -- is near completion. I'm excited! :^) 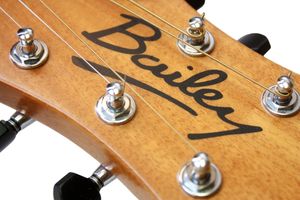 Below are two blog posts about the original baritone. The first, from March 2011, is about the making of the guitar. The second, written in December 2011 is about my experience performing with it.

You can read more about the process of designing and building both guitars on Mark's blog. 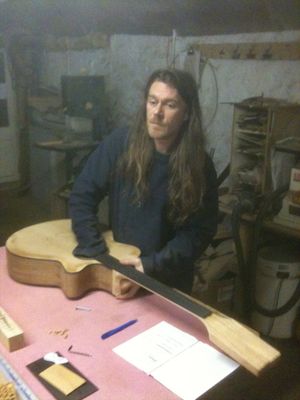 It was time for a new guitar and a new sound.

My custom Ovation Adamas was unlike any ordinary Ovation because it had been built especially for me, using special materials and a special pickup system.

It had been my primary instrument for fifteen years of global touring and recording. It was a great guitar.

Its replacement would have to be just as good or better.

I wanted a custom-made acoustic six-string baritone guitar built to the scale-length and dimensions of the Ovation, only this time made of wood, and where possible, of reclaimed and British-sourced woods.

Since I live in Scotland, I also wanted to support a Scottish business, so I was looking for a local luthier.

I had met a luthier at a gig I played in Ayr a few years earlier named Mark Bailey. He was displaying some of his guitars in the foyer of the venue, and I had admired the beauty of his archtop jazz guitars.

His company, Bailey Guitars, was located in a solar and wind-powered workshop near Maybole in the Ayrshire countryside a beautiful half-hour drive from my house.

I called Mark and asked if we could get together to talk about creating a custom guitar. He said he was interested and we arranged a meeting.

Decades of performing and recording had taught me the features and characteristics I wanted in the sound and design of a guitar, as well as those I did not want.

Mark seemed to understand what I wanted intuitively.

We agreed on a price and a timescale.

Consultations were needed from the outset. Body dimensions needed to be changed to accommodate the extended scale-length. Considerations of how the guitar would balance when worn with a strap had to be worked out.

I came to realise I was a demanding customer with very particular requirements. But Mark always seemed to enjoy the challenges and problem-solving involved.

I visited the workshop many times during the two-month build. It was exciting to watch the progress as the woods were chosen (I went for a cedar top and mahogany back, sides and neck because I love the sound of those woods), the body assembled, the trim inlayed, the neck fitted on, the spraying completed, and the electronics installed.

At the beginning of each visit, Mark would show me the most recent progress he had made.

He would tap on the English cedar top at each stage of the bracing process, showing me the percussive live-ness and resonance he had managed to bring out.

He made me do little things — write an inscription on the underside of the top, bend a piece of trim on a wood-bending iron — so I would feel I had been part of the build.

He also listened to my music a lot on the workshop stereo while building the guitar.

The resulting instrument exceeded what I had envisioned. It was and is an awesome example of the luthier’s art, beautiful to play, to hear, and to look at.

The sound is powerful and clear, yet warm and intimate. I’ve had the guitar for several months now and it’s getting bigger and deeper as it ages.

What I appreciate most about Mark is that he asked for, and welcomed, my input at every stage of the build. I think he really wanted me to love the instrument he was creating.

Because of that I have ended up with a very personal instrument that fits me.

I got the guitar I wanted, and I love it.

The first year with my Bailey baritone guitar was a great one.

Custom built in autumn 2010 by Scottish-based luthier Mark Bailey to my design and specifications, it is the flagship prototype for the Bailey Guitars Preston Reed Signature Series, which includes a normal scale-length version.

The custom cedar-and-mahogany acoustic cutaway has been my primary instrument at every show since its debut a liitle over a year ago in Irvine (Scotland).

Over the past year I have performed with it in the U.K., Ireland, the U.S., Croatia and Poland.

I can honestly report that on every level it has surpassed my expectations.

I am delighted not only with its sound, feel, playability and tone onstage, in radio station control rooms, in hotel rooms, at home and everywhere else, but with its rugged, road-and-airline-tested reliability.

It seems to get richer, deeper and more powerful-sounding every time I pick it up.

The English cedar top continues to darken and get more beautiful.

I will be recording my next album with it in January.

Basically, the guitar just seems too good to be true.

I still cannot quite believe that my dream instrument was nothing more than an idea in my head a year and a half ago (see earlier post in this blog: “My New Guitar”)

But Mark Bailey made it happen.

I look forward to working with him on more exciting projects in the future.